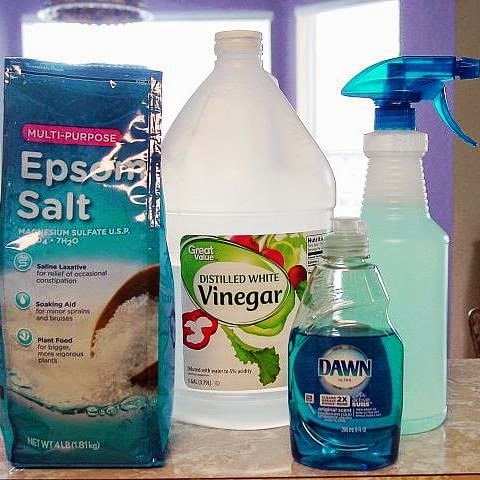 I've had a lot of people asking about this one, and even seen it debated on a few of the gardening forums I read. In fact, I'm embarrassed to admit that it was the siren's call of gardening that has kept me away from writing recently. If there is one thing I love, it's gardening. But as anyone with a yard or garden knows, weeds are a major hassle to deal with. You can get all sorts of sprays to treat them, from hiring a professional company to many kinds of pesticides sold at gardening and hardware stores. But what if you're looking for a more natural solution? There's always pulling, but some weeds are hard to remove that way, and if you're staring down a yard full of them, it could take way too long not to mention a back breaking job.

So in today's post I compare two more natural methods up against a chemical weed killer spray I picked up at the hardware store. 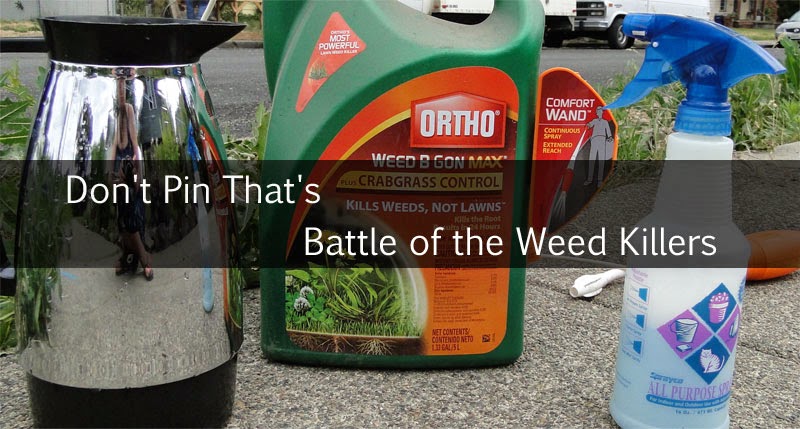 I have a patch of weeds that I've been battling for years (in fact if anyone reading could identify them for me, let me know in the comments!) I even installed a weed cloth in the flower bed to try to combat them, but they've grown along the edge and out of the rocks of the bed where the sheet meets the sidewalk (though I wish at the time I knew about newspaper as a weed barrier, it would have saved a lot of hassle and money in the long run for me!) And to make sure these methods work on various other weeds, I also tested out on my embarrassingly bad curb strip, which is plagued with awful thorny weeds.

So here are the contenders: Boiling water, vinegar/soap/epsom salt mix, and a commercial spray.

I marked each section I was going to spray, and then I mixed up the solution - 2 cups vinegar, 1/4 epsom salt, and a bit of Dawn dish soap. All of these are on the list of "Cure Alls" that are common on sites like pinterest, so I was a bit skeptical. To make sure the water stays boiling, I poured it into a insulated carafe before bringing it outside.

Here are the weeds in their before state: 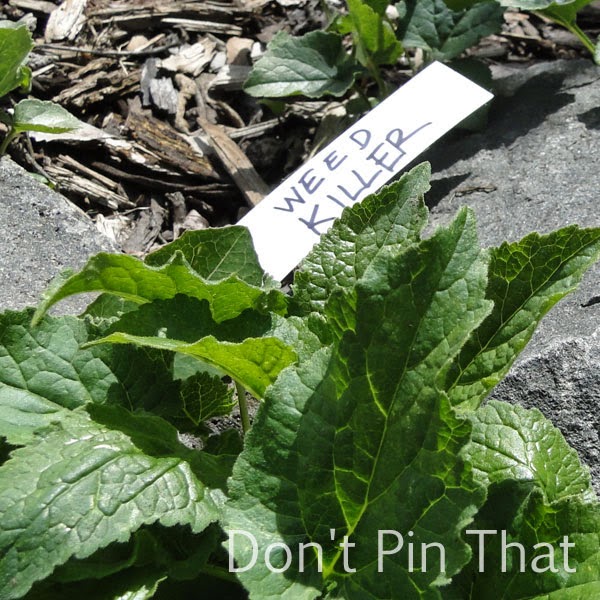 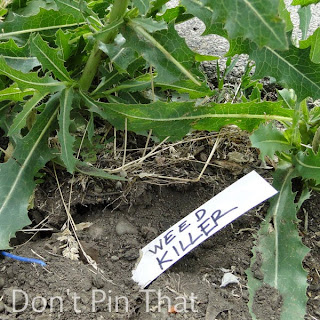 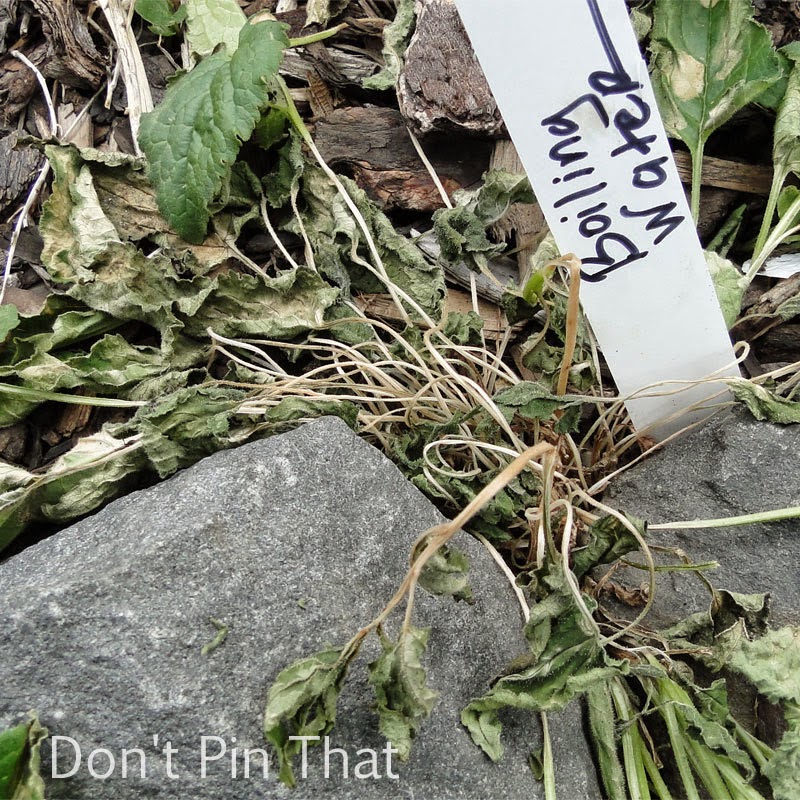 As you can see, the boiling water had the most effect on the weeds. I made sure to pour it as close to the ground as I could. I've actually used this method before with GREAT success, and it's been my go to weed killer this summer. You do have to be careful when using it that you aren't killing the plants around it. I use a carafe with a small pour spout, so I have better control over where the water goes.

I give it an A. It's both effective, easy to use, and about as cheap as you can get. What's not to love? 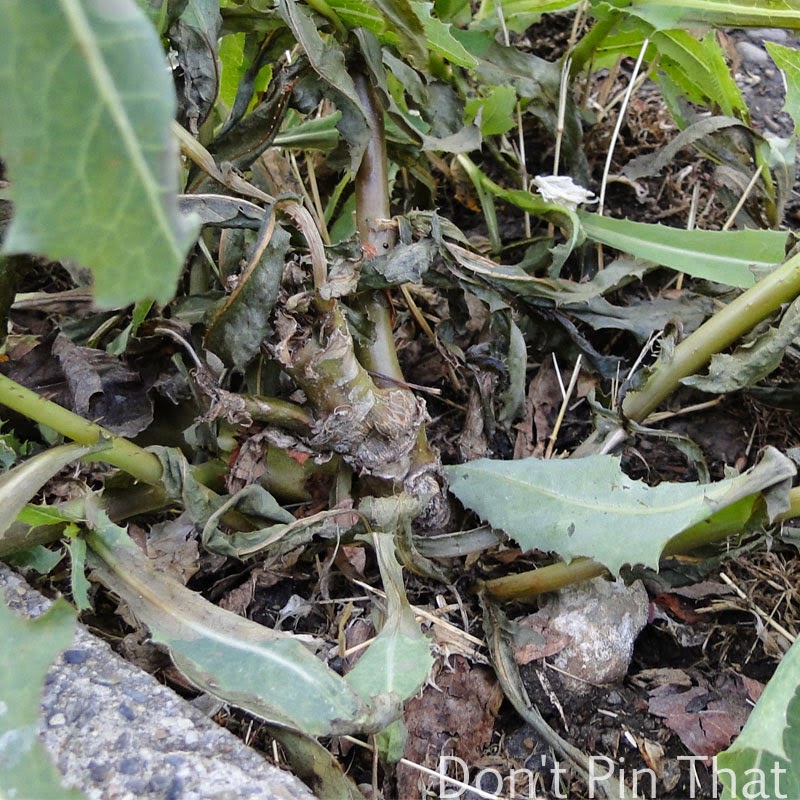 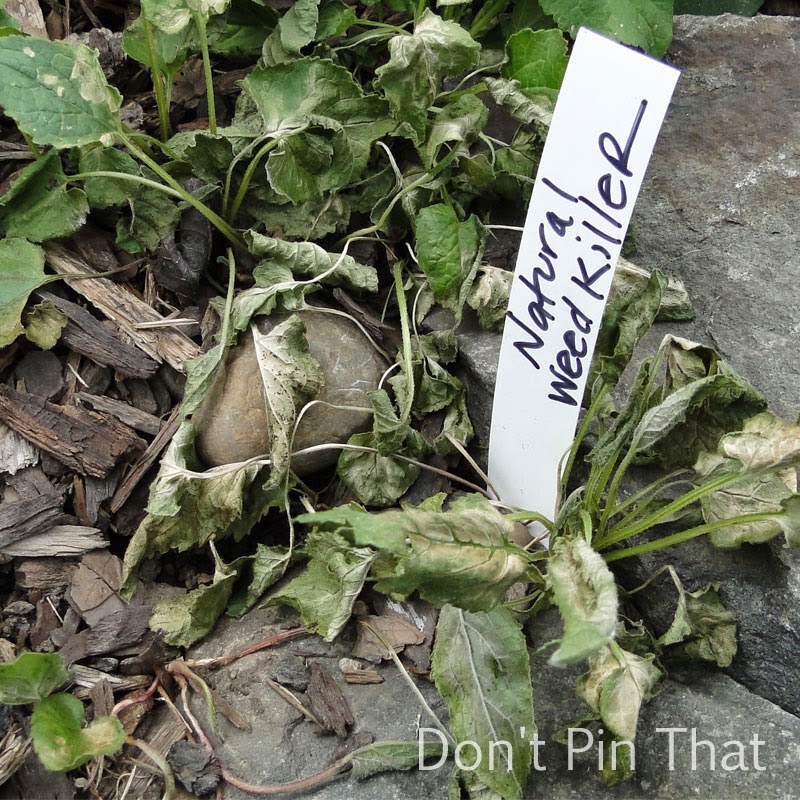 Much to my surprise, the vinegar/epsom salt/soap mix actually did a pretty decent job! I made sure to soak the leaves as well as the base of the weeds, though the stems of the weeds are still green (compared to the dead stems from the boiling water). 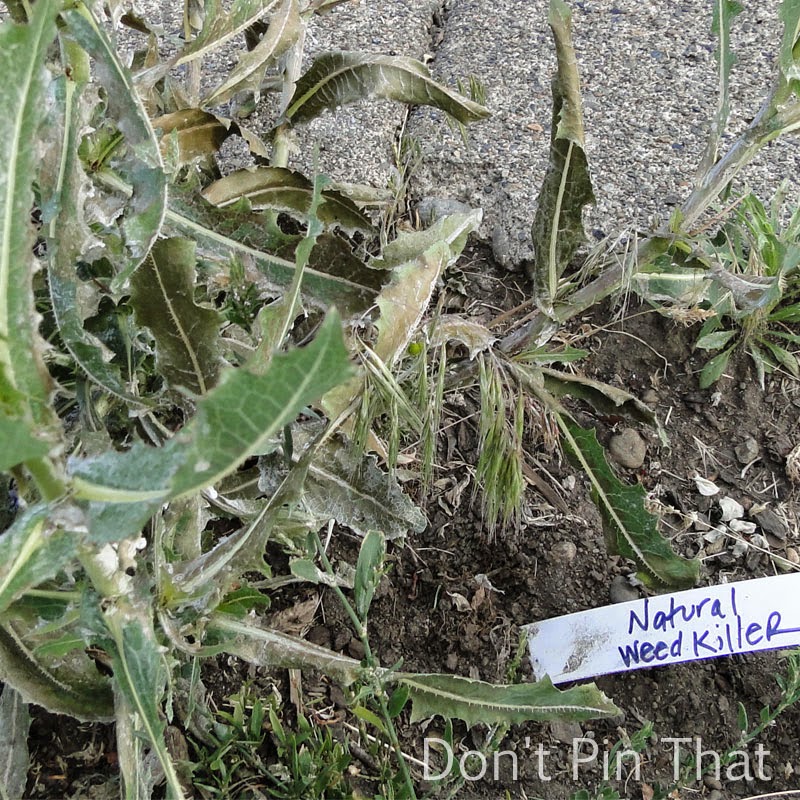 I would give this a B. I still prefer boiling water - it's easier to make, and I have no idea what this mixture is going to do to my soil, unlike boiling water (which really the only real risk is killing off the soil flora, something easily fixed by either leaving it alone or adding some fertilizer to it) 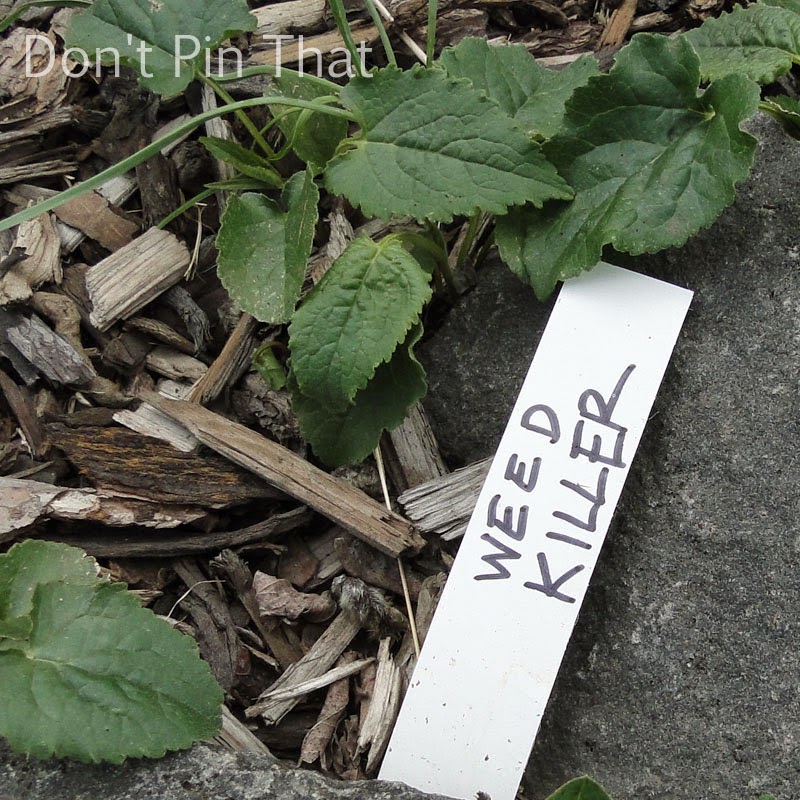 And the Ortho spray didn't do a single thing. I'm not even joking. I'm shocked. Utterly shocked. I followed instructions, I sprayed both the leaves and the soil. and they don't look even phased. I honestly have no idea why this didn't work even a bit, you'd expect after 24 hours that the leaves would at least start to curl like they do when they are sprayed with products like this. I give this a big F. 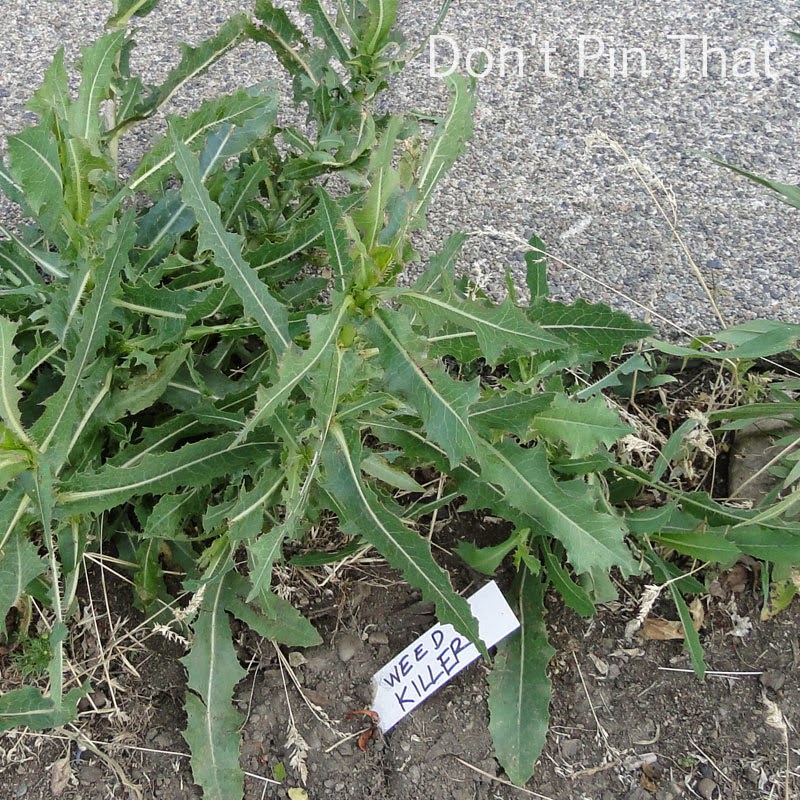 So there you have it.. set down the costly sprays and reach for an electric kettle. Test these out in your own yard or gardens and let me know how it works for you. And if you have any other natural weed killers you'd like me to test out, post them over on our facebook page or on twitter and let us know.

For all the great ideas you can find on Pinterest, there are sometimes those pins that leave us wondering. From bad advice to urban legends, we take apart the bad ideas of pinterest and explain why they won't work.